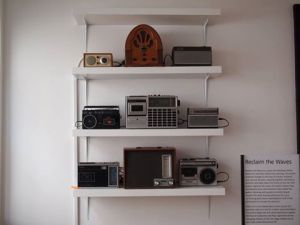 Here are Up Your Street seniors , 5 of the 7 in a workshop of 9. Not bad eh? We did it. We reclaimed the waves in a workshop based project under radio art at Tate Britain for seniors to build an installation from reactions to sounds in a built environment.

in a HOT CHURCH. Heaters were a-blazing on the evening of the first day of summer 2015. The place was packed. The concert was free.

Well I didn’t catch one word, didn’t even know what language they were singing in but boy, it was beautiful. The chorus is tight, the conductor is crazy energetic, the cellos stole the bass and I loved all the soloists. Music was soaring up to the rafters and under Jesus’ armpits up on the gaudy crucifixion ceiling- hanger above the nave or whatever that front part of the church is called.

given by the All Saints Chorus and Orchestra,  It was Handel’s “Messiah”. The musicians  are celebrating their twentieth year.

The church near to Stratford was packed, brightly lit and welcoming. It’s been renovated. It’s still a cold hole. Which church is warm? Are mosques traditionally drafty? 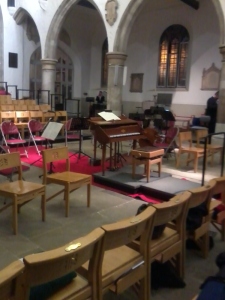 Surprised I was to see a pub credited on the programme supporting a choir and orchestra of oratorios. Even more surprised to see

Up Your Street seniors in the actual chorus line-up.

I saw the ever-common sight now of lady tenors dressed in braces and boots. I loved all the voices and am always mesmerised by counter-tenors. Today we had Paul Kusel-Baum.

What a fabulous one-off event. Twas brillig. Thank you for our tickets.

Bach and Mozart today Palm Sunday at St John at Jerusalem in Hackney. I know that church has powerful wall-heaters. We’ve put our clocks forward but I don’t feel the comforting breath of summer yet. 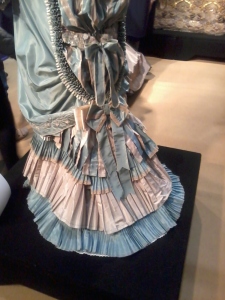 This Sunday, 2.30 pm (British Summer Time because the clocks will have changed), is the repeat of the walk from the churchyard of St Mary’s Church, Church Road, Leyton E10 5JP.  This will pass the homes of a few people commemorated in the churchyard, most of them casualties of the First World War, and return to the churchyard about 2 hours later.  We will look at the churchyard and then start along Rosedene Terrace.  Firm surfaces with plenty of streets to cross.  Bus routes 58 and 158 pass the church, and Leyton High Road with routes 69 and 97 is only a few minutes walk away.  There are convenience shops on the High Road.
Regards
David Boote
Walking Free in Waltham Forest

We visit 5 of the museums in the Museum Mile – the Cartoon Museum, the Brunei Gallery, the Petrie Museum, UCL Rock Room and the British Museum. The walk will start at 5.30pm by the red sculpture in the courtyard of Central Saint Giles, 1 Saint Giles high Street, London, WC2H 8AG and end by 8.30pm near Great Russell Street.

20 places only.
Booking is required and admission to the walk is by ticket only.
To apply for a place please email walks@inmidtown.org
Maximum 2 places per email.

The problem is that you’re too white.

The problem is that you’re too middle-class.

The thing is that you need to define the words “arts” and “art”.

Cubitt Education put on a mammoth day of speakers. entertainment and free food to promote arts in the built urban environment and how those art programmes or  projects do any good for impoverished, inarticulate, lonely, depressed and isolated old people often in residential homes, high rise flats, badly designed places. Evidence has it that those post-retirement age people think they’re invisible to the rest of the world.

Let’s not have an image of a victim in our heads. eh?

Today started on the premise that many older people feel isolated and invisible because the built environment is not old-age friendly so going out is a challenge. We even explored the plight of the older generation in Japan.

But hey! Many seniors don’t feel they were kicked onto any scrapheap. I can’t speak for the Japanese.

There’s a familiar notion here that like nursery managers perceiving their clients, parents are the inadequates, so older people are seen in that way too. Older people who have worked, shaped society, raised families on tuppence and shivered in gas metered rooms. Give them some arts experience and they’ll get better.  Give them a reason to cuddle their concrete environment and they’ll feel they are part of the local neighbourhood. I am not convinced at all. I know some others at Conway Hall felt the same.

So on stage we had practitioners in the arts, artists, ethnologists, carer managers, project managers, recipients of fat Lottery and Heritage Lottery money and they all talked or acted out like there were no people in the audience, the white sea, who went along as Jill Public to the showcased social engagement projects. We clients were not surprised at the amount of strange art/arts projects all filmed and then lo and behold the next step becomes typically the setting up of an internet radio station. Have you , reader, heard any of those?

The audience included arts practitioners, artists, project managers and researchers. How do I know? Up Your Street subscribers dip into many projects and clock who’s running them. We eat sleep and wake up to oral history under the heritage banner , do interviews, get filmed and talk on the radio shows. We always evaluate gloriously so that others get a chance to experience the temporary uplifting experience before moving on to the next idea generated by youngsters around sugar paper and brainstorming tables.

Lately we project prawns have been saturated with arts adventures then forgotten. We enter worlds of another language, think we’re being valued, dabble in technology and modernity then after the last session we are expendable.

So the best question from the floor was “What is the legacy of the art projects for the communities they’ve engaged?” And that question came from a trustee of the organisation working with Cubitt Education. Could have been staged.

Another great airing from the floor was that communities are created to keep people in and others out.

All my eddicashun was coming from the floor, Gradgrind.

Now the day was extremely well organised thanks to the detail magnifying Daniel. Charlene on the door was the best thing there with an efficient manner and a warm greeting.

Jezza’s on whereas my head is still trying to come to terms with my irritation of the content today Arts practitioners have a vested interest in perpetuating arts wherever and grabbing a target audience. I appreciate that: Business is business. I hate all the assumptions including the one that older people are chintzy (sic) and that white English shove their grannies into old people’s homes. Heard that last one  many times and been offended by the sweeping statements. 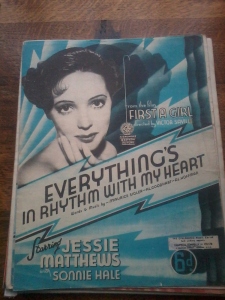 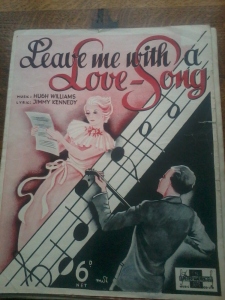 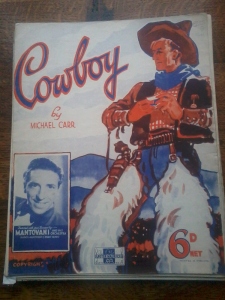 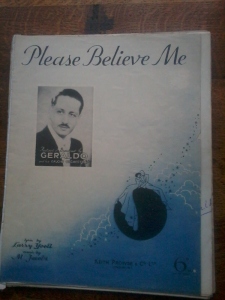 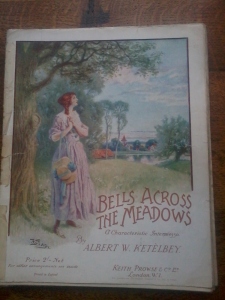 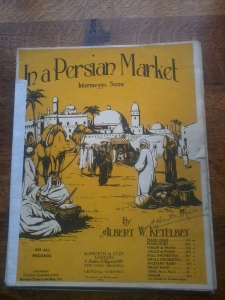 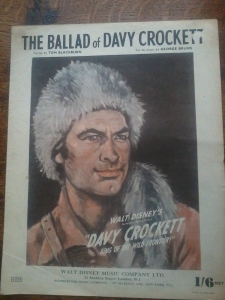 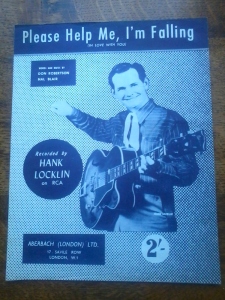 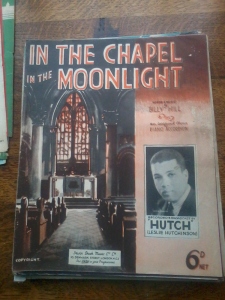 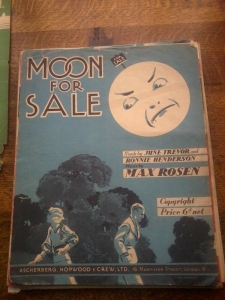 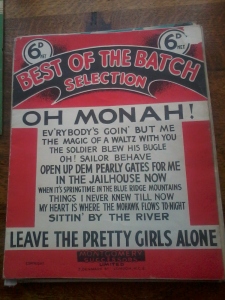 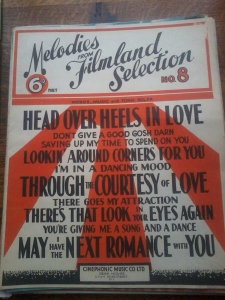 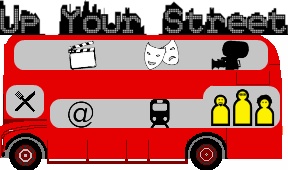 #art and the built environment

#positive something or other

Re:present a group which meets I think at Hackney Museum celebrated

with cake and tea and the giving out of certificates for those people who’d been attending weekly. There were two reminiscence quilts to have a look at and other joyful tasks like questionnaires to fill in and time-lines.

Opened on a table were grips or  suitcases full of stuff from the fifties  representing lives so I saw old biscuit and chocolate tins, plastic bound stationery packs, cloth and patterns representing certain cultural areas and tools with no known names.  It was like looking at my mum’s wordly goods really. I do remember having a writing case though. I loved them.  They were like secret diaries because of the zip. There was also lots of plastic around then. We laughed at the old tins which could never pass as food containers in the UK now. They were embalmed in rust.

The people had to leave early to get to another freebie in Manor House. I believe the room was happy apart from moaning Minnie who just didn’t want vegetables or organic food. As long as it’s cooked and not moving, I’d say.

Now Mary Katherine has to be applauded for commitment alone; every week without fail she’s off to East London Radio studios to give of herself in her magazine show

“Lifting Yourself Up To Good Living”.

She targets seniors likely from 70 years and  upwards judging by the age-related music. eg Bing Crosby, Andrew Sisters, Bob Dylan and Thin Lizzie. It’s all silver sounds and golden oldies except when she slips in a moany Cassidy or worse, Adele. There’s an overload of male artistes anyway but hey that’s the sub conscious push of radio and music in its maleness. MUSEFest is addressing that big time.

Back to admiring a senior in her glorious years. You know on BBC radio 3 you can hear the announcers (never djs) reading their scripts sounding all knowledgeable about Wagner or some obscure Latvian composer (male mais oui). Mary Katherine reads no scripts and holds interviews very well in rushed time and space. She’ll make grand faux-pas but really who cares? It’s community radio and we’re not out for an Oscar ..yet. Her guests are always at ease and need to keep up with Mary Katherine as she bludgeons them for contact details for her listeners all poised with pencil and paper.

The texts that come in fast and furious and the ones she reads are hilarious what with Doreen of Leytonstone asking for Frankie Vaughan and Danny from Hackney Wick never failing every Thursday to ask for any Elvis because he saw him in Vegas you know!

Mary Katherine adds in her researched quotes to match the topic of the session: More often than not some revered old biddie statesman  or a poet we long abandoned at the school gate. There’s always a featured artiste and lo and behold a prayer mat to Joan Armatrading as Mary takes every opportunity to share her love for the old Shetlander. Mary Katherine did a phone interview a couple of years ago with the not-in -love one. What a coup.

Today’s guests were special and needed to be heard. Two Miracle Charity staff were promoting an art exhibition to highlight the way children live in dire straits in Canary Wharf’s shadow. It’s a disgrace that children are hungry in a London borough. Shame on you any government.

Tune in, if that’s how we say it now. Every Thursday at 11 am for ninety minutes.