Cancelled stuff today and started some research for a project which hasn’t yet accepted me onto its volunteer team. The project’s based in east London and the draft outline looks worthwhile but where was it advertised?

Stepney’s community hub’s doing a research project into the East India Shipping Company. Difficult to commit to meetings but am involved from afar. What is research but reading Wikipedia which is not recognised by some universities as a reliable source?*

The glory is learning new material and being cast into the role as researcher, albeit unpaid. An associate of mine began a two year art and history course. After two years she said to me “I never even knew what research was until I joined the pre-degree course two years ago. (Now I know about tunnelling!)”

*For the record I’m doing my own research but not making it public yet. It involves much interviewing and…art. Wikipedia is pretty useless for my own thing.

The second part of the  project I’m applying for is interviewing offspring of women activists in the sixties. They’ll be like 65+, won’t they? I so want some research buddies but no-one will commit or be interested in ‘them feminists’.

For me, how luxurious to have lived through defined times but not taken deep note and then to be older and have the Internet and convictions at my disposal plus an ache to learn. Some ole gals I’ve revisited anyway:-

Dagenham strikers. (Check Eventbrite for a Parliament venue talk about 1984 strikers at Fords.)

Coronation Street’s on the bandwagon too now with a story thread about art in the community hub. Says Mary, “I always wanted to be an artist, but I’m not cut out to be a Matisse”.  The over-acting urgent hub leader (name unmemorised) goes on about needing more paint for the figures as there aren’t many Lowry stick figure around whatever Northern town/city they’re all near on their cobbly stones.

Great day out up West in the heart of learning, Gower Street, as graduates threw their mortar boards into the air on a sunny front lawn and finished their days of book -learning. We on the other hand were in the closet in the shade at the University College London Art Museum. You just go through the gates of the “Global University”. The museum’s being done up at present but our treat was a special opening for a guided tour of the chosen prints, etchings and engravings. Ooh it was welcoming and suited all levels at art in the 15 strong audience. It was just great looking up close at ancient frontispieces and drawings. Some were as old as the hills and done in chalk.

We learnt about Durer with two dots and how he was the businessman in art. He would have used Twitter and Facebook to the hilt these days and gathered in interns to do the donkey work. Back in the fifteen hundreds nuns were happy to do all the curly bits and filing.

“Join us for our monthly Pop-Up display, and get up close to our wonderful collection of German and Austrian Old Master prints and drawings. Featuring works by Cranach, Durer, Holbein and Schongauer, this display will highlight some stars from the Northern Renaissance, and give an overview of printmaking and draughtsmanship during the 15th and 16th centuries. We are also delighted to announce that Anne Welsh (who is proudly Scottish) will be giving a talk at 1pm on Durer’s use of the printed illustration as a marketable artefact.”

These pop-up art displays are once a month with drawing classes and presentations tied in. The staff are nice people.

Thoughts of a Politics student 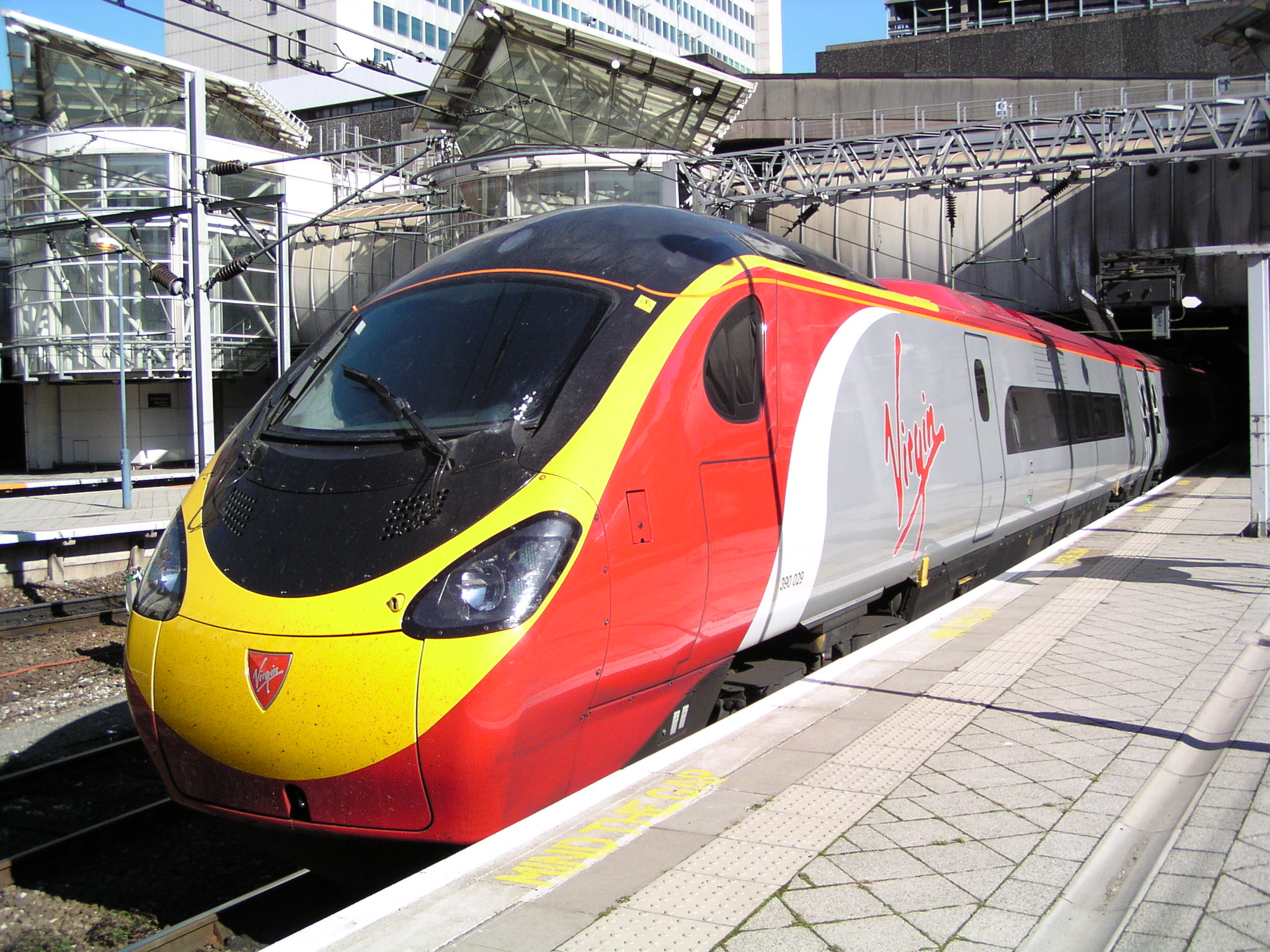 As the Corbyn express keeps picking up speed he may be making a few changes to the transport system itself. He is proposing a mass campaign in order to make society safer for women. Some of the changes must be welcomed, policies such as a 24 hour police hotline for sexual assault and harassment and a public awareness campaign will only help clamp down on unacceptable behaviour. However as with every policy document not everything is perfect, indeed there are two specific proposals which i don’t believe will help the advancement of women. One of these proposals is for a ministerial role for the safety of women. We already have a ministerial role for the Women and equalities so I am not convinced adding another ministerial role is suitable.

The second proposal which I am truly concerned about is the idea of female only train carriages. Yes i realise it…

Tesco is having an overhaul and Up Your Street manages 4 community boards. Kinda old-fashioned as we all tend to advertise our stuff on t’internet. Cannot get to mi boards cos of ice-cream and coca-cola.

All in a 30 degrees sun beating on my head day’s work.

Didn’t get to Macabre Art at Barts Pathology Museum,  West Smithfield. Evidently the queues were long and winding whether you had an Eventbrite ticket or not. But I did get to Human Relief Foundation in Leyton Green to browse merrily in a jumble shop. The big main Tesco was empty  because “only mad dogs and Englishmen go out in the midday sun”.

I’d primed with one neighbour’s cast off emulsion paint another artist neighbour’s huge hardboard mounted on wooden frames throw-out then painted another in the series “At The Swim”, this one called “Involuntary Action”. Ready to hang.

The wine flowed, the crisps were crunched and the room was airless and overcrowded with people from Up Your Street supporting the Claremont “Celebrating Friendship” art exhibition. I lie. Our people from Leyton, ‘Oxton and beyond were there to appreciate and like my own “At The Swim ” oils on canvases.

Darling Stephen passed me an envelope of acrylic paints for me to get on with some more painting. Way to a girl’s  heart. Anna and Sally fresh from Cass Art led the way up the stairs and to “The Two Fishes” by Linda.  Pat was enthralled by Charles’ “The Tree of Life”. We all loved Karen Holden’s  “Shoulder-Muff.” and sat her down with a Cadbury’s tray of chocs to ask her about the cat in the picture. All artists we.

It was a great afternoon, catching up with the literati at Claremont. Moses went and Charles decided to tell us how in the order of life there’s God then man and lastly, woman. Yawn. Cosy art exhibition.

Then the fish ‘n’ chips up in Chapel Street Market. Cod as big as your hand and chips as fresh as an allotment potato. Talks of Hepburn, Maxine Peake, Welsh people being at one with death, Cumberbatch, art in Forest gate and Wapping by sunlight. At 7pm we oldies passed the young set sat on the pavement chairs supping whatever workers sup. The Big Issue guy who liked my yellow Marco C. scarf had long gone with all the mums in hijabs  and their kiddies who had crowded out McDonalds at 4pm.

Well, I made it. I was patient as the 56 crawled up congested Lea Bridge Road where one in three cars does a U Turn, frustrated that  Copeland Road is no entry, Poplar is one way, and added to those Merton and Fraser are also one way now. Leyton finally cut itself off from the hallowed Walthamstow Village where car is a dirty word. Spar doesn’t get their bacon jam delivered by bike surely.

Then the fabulous 106 into Whitechapel and the sprawling crazy colourful smiling Whitechapel Market.

The drama group was not a crowd of us but hey the friendliness and the “we’re just waiting for some snacks to come up” told me to stay. I was ready to explore the ways east London is changing in terms of people settling here/there. Like I didn’t know.

The workshops are undertaken by director/writer Hussain Ismail, with support from Rez Kabir (actor and story teller), who will explore in a series of workshops how our neighbourhoods have changed over the years.

If you live in London, especially East London, neighbourhoods have changed rapidly and in some cases are unrecognisable from just a few years ago. These experiences will be shaped and written into a story and theatrical script.

The participants will rehearse the piece so that they can perform it on Saturday 14 November 2015 (more details will be provided in due course).

We participants  utilise our creative imagination through the development of ideas and the final story in script form. Communication skills – acting, voice projection and focus – will help develop participants’ performance abilities and increase their confidence in front of an audience.

From Mental Spaghetti
“I’d like to share this news from our friends at ThinkArts!. Not strictly an art event, but an outing from an art group.

“We are pleased to announce that we have a new lot of walks to deliver over Summer 2015, entitled ‘Walking to Wellness’, thanks to the Mayor of London Free Sport initiative.

The first walk will be a guided tour around Lea Valley on Thursday 13th August 2015 starting from the Ice Park at 12.45pm. We will be meeting for lunch before on the benches if you would like to turn up earlier and have a snack before we get going around the green space then we will be in the Ice Park car park from 12pm. Please contact ThinkArts! beforehand so that I have your details and expect you to arrive.

If you or someone you know would like to join us on any of the walks – the dates are as follows:

Upyourstreet's Blog
Create a free website or blog at WordPress.com.